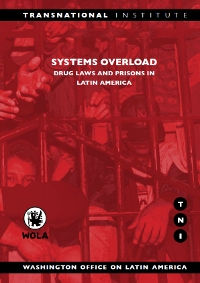 The weight of the law falls on the most vulnerable individuals, overcrowding the prisons, but allowing drug trafficking to flourish

An unprecedented one-year comparative study on the impact of the drug laws and prison systems in eight Latin American countries – Argentina, Bolivia, Brazil, Colombia, Ecuador, Mexico, Peru and Uruguay – reveals that drug laws have contributed to the prison crises these countries are experiencing. The drug laws impose penalties disproportionate to many of the drug offenses committed, do not give sufficient consideration to the use of alternative sanctions, and promote the excessive use of preventive detention.