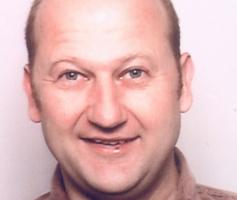 Tom Kramer (1968) is a political scientist and with over 15-years of working experience on Burma and its border regions, which he has visited regularly since 1993. His work focuses on developing a better understanding of the drugs market in the region as a whole, the relationship between production and consumption, and alternative development (AD). Together with the Drugs and Democracy Programme, Kramer has created a regional network of local researchers, and is also carrying out advocacy towards policy makers in the region for more sustainable and human drug policies.

Since 2005 Kramer also works on Afghanistan, with a focus onthe relationship between drugs & conflict, and the involvement of western security forces in counter narcotic activities. Apart from his work for TNI, he is also a writer and freelance consultant, specializing on ethnic conflict and civil society in Burma. He has carried out field research and written reports for a wide range of international NGOs, institutes and UN organisations.