Uruguay’s senate voted today (10 December) to approve the world’s first national legal framework regulating the cultivation, trade and consumption of cannabis for medical, industrial as well as recreational purposes. The historical vote is expected to inspire and spread cannabis reform initiatives around the world and to have a major impact on upcoming UN-level drug policy evaluations.

“The approval of regulation under state control in Uruguay marks a tipping point in the failed war against drugs. The trend is becoming irreversible: the era of a globally enforced cannabis prohibition regime is drawing to a close,” says Martin Jelsma, Coordinator of the Drugs & Democracy Programme at the Amsterdam-based Transnational Institute (TNI).

“Uruguay is part of an overall trend of alternative drug policies that have emerged in Colorado and Washington states, in countries like Spain, Portugal, the Czech Republic and The Netherlands, and in discussions throughout Latin America. It is clear that the drug policy debate is growing in breadth and sophistication, and will not easily be reduced again to false choices and empty slogans,” says TNI researcher Tom Blickman.

TNI is a policy research institute based in Amsterdam, the Netherlands. Since 1996, its Drugs and Democracy Programme has analysed trends in the illegal drugs economy and the global drugs control regime and examined the causes and effects on the economy, conflict situations and democracy. A major study on cannabis and the international drug control regime will be released in January contributing to global policy reviews scheduled for 2014 and 2016.

More in-depth analysis of Uruguay’s drug policy reform process can be found on the Uruguay page of TNI’s Drug Law Reform website and in the infographics below.

To arrange interviews in English or Spanish:

Pien Metaal
Email: This email address is being protected from spambots. You need JavaScript enabled to view it.
Mobile: +31 6 40 79 88 08 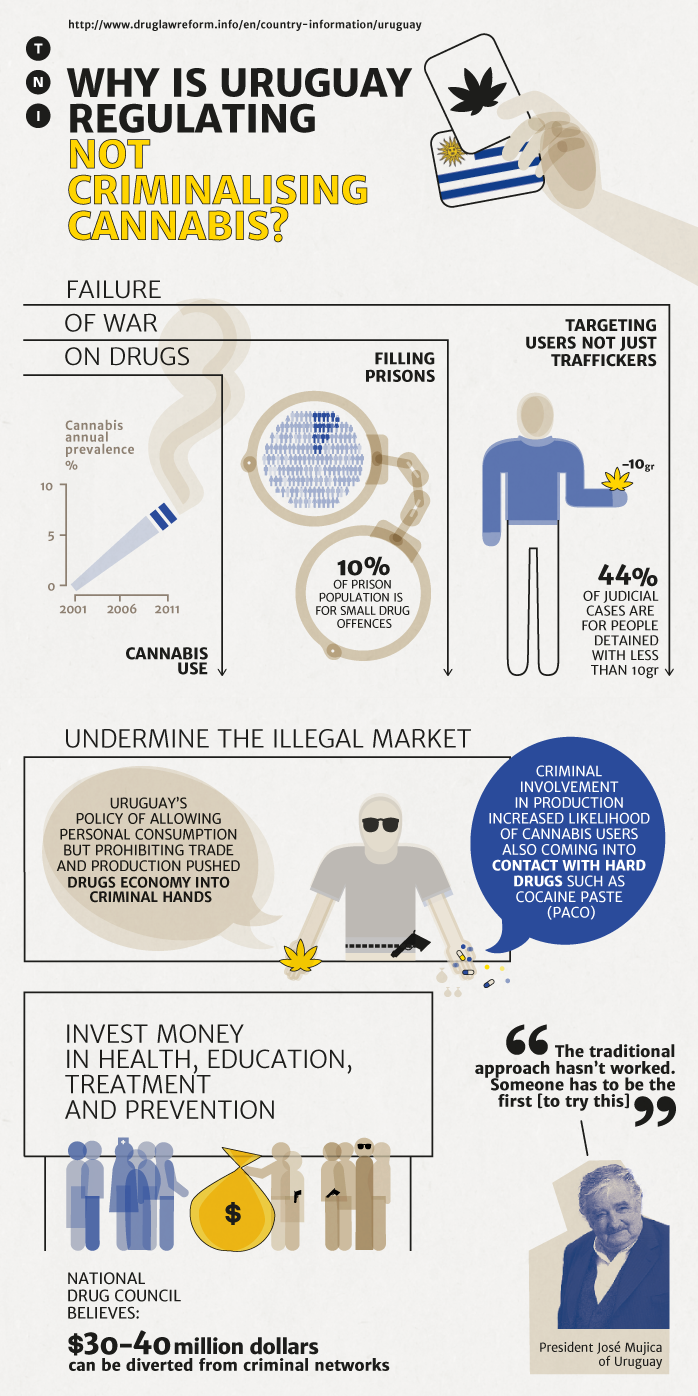