In State of the Nation address, President attacks rights defenders 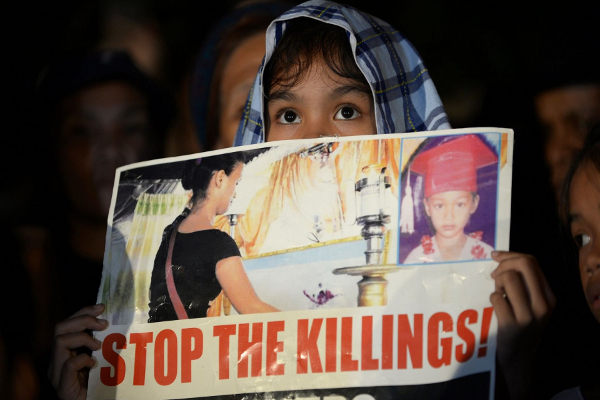 Philippine President Rodrigo Duterte vowed to continue his murderous “war on drugs,” saying “it will be as relentless and chilling as on the day it began.” Speaking before members of the Senate and House of Representatives for his third State of the Nation Address, Duterte also accused the country’s human rights advocates of failing to criticize “drug-lordism, drug dealing and drug pushing.” Since Duterte’s first day as president on June 30, 2016, up to June 30, 2018, more than 4,500 people have been killed in what the Philippine National Police (PNP) calls lawful anti-drug operations, alleging that the suspects fought back during raids. Thousands more have been killed by unidentified assailants throughout the country.